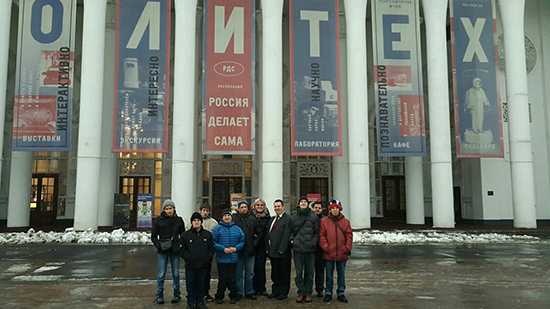 Last week-end a group from psychoneurological institution №16 visited an exhibition of showpieces from Polytechnic Museum “Rossiya Delaet Sama” (Russia creates itself), which took place at VDNKH. The visit was full of discoveries, visual and even tactile impressions. 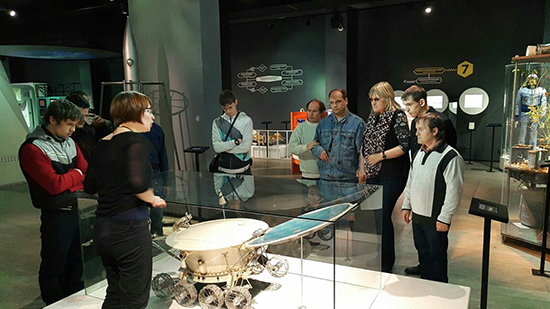 The young people saw a space lab, a moon rover, space suits. We learnt how lightning strike appears, touched electromagnetic waves with hands, examined first soviet TV sets within and without, played an unusual musical instrument thereminvox, listened to a mini-lecture on atomic bomb and experienced a feeling of an “atomic explosion” at 20 km distance.

We say a huge “Thank you” to Vera Shengelia for the invitation and organization of the excursion and to Alla Tyagunova for accompaniment of the group. The young people are always happy to visit new and interesting places and to broaden their knowledge about the world!