On the Eve of the Victory Day 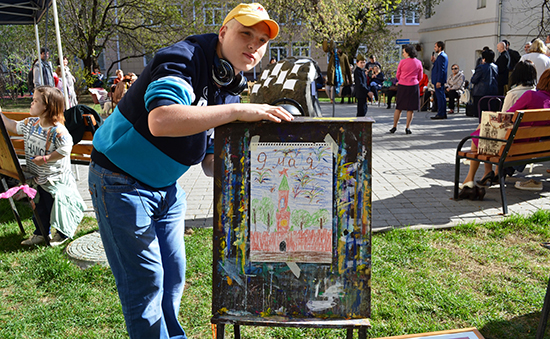 On the 3rd of May Maria’s Children Art Center and other leisure centers of the Tverskoy district held an event devoted to the Victory Day at the public mini-garden “By the Stone”. 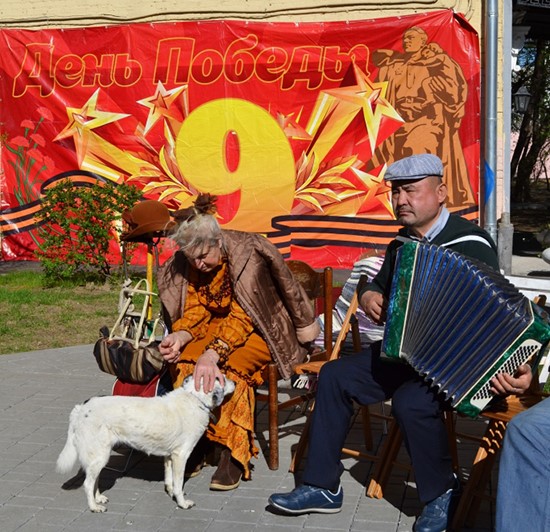 Sounds of accordion, like a time machine, took us to the imaginary Moscow yard of the post-war period. Both children and adults cited rhymes about the War, sang songs. All those wishing could also have a dance, drink some tea from a real samovar and even admire a miracle-worker. 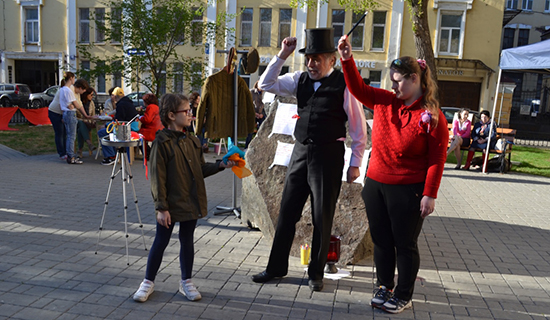 The public was offered various interesting master-classes at which one could draw on a paper with pencils or on a pavement with chalk, 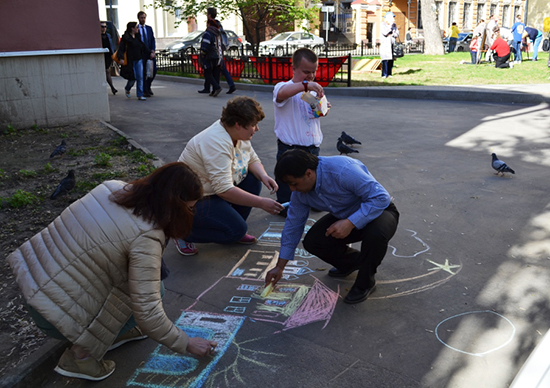 make a brooch from a bright yarn or compose a beautiful flower bouquet as a present to those veterans who were already unable to attend the festival. 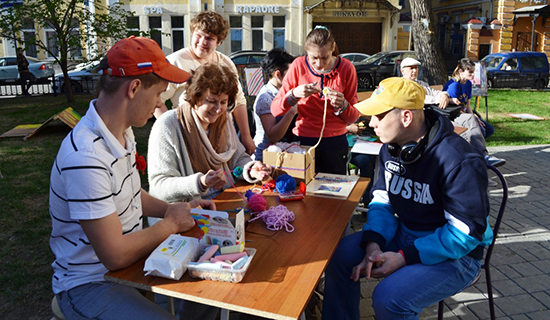 The atmosphere was really heart-warming.Our students from the psychoneurological institution N11 attended the event with great pleasure and it was very touching to see them saying kind words to elderly people, as if they were their grandmas and grandpas. 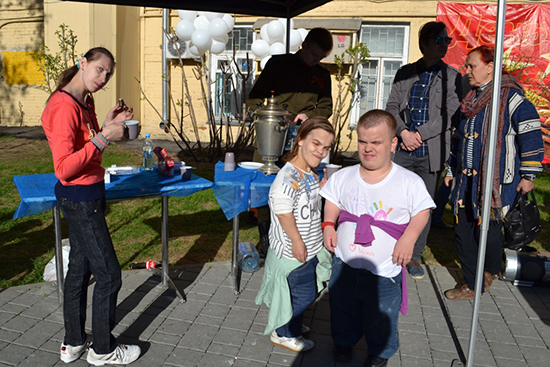 Besides, the organizers fixed sheets of paper to the memorial stone so that everyone could write words of gratefulness and warm wishes to the veterans. Later these “mural newspapers” and hand-made presents travelled to the old people’s home in Vyazma.

In the end of the festival white balloons with wishes “Let there be Peace on Earth Forever” were released into the bright blue sky. 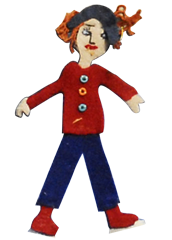