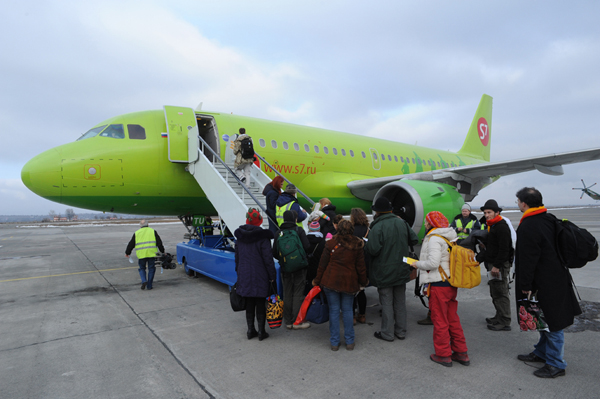 At the end of January, on 26-30, a group of Maria’s children went to Beslan to visit school #1. There was an international team: students, clowns, puppeteers - from Moscow, St.Petersburg, Great Britain, Spain, Italy and Holland.This time we decided to repeat the format of our very first visit to Beslan, when there were all kinds of workshops offered to children, such as arts, puppet show, make-up, jugglery and other clowns’ and circus’s tricks, city dance, games and improvisation. 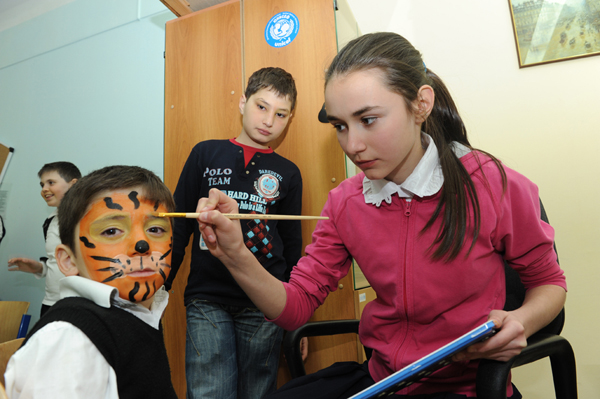 For two and a half days pupils from different groups participated in the workshops and together with us by the end of the third day prepared a show to demonstrate to their friends what they had learned. 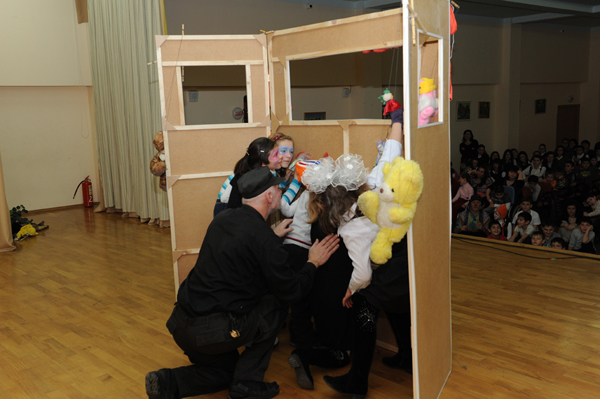 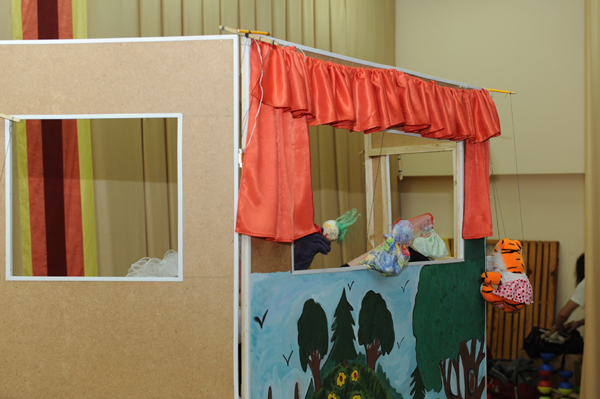 School pupils helped us a lot during the workshops: they served as translators, operators and even as nurses for the ill. The 8th and 4th graders were painting a wall with us, and now a huge painting on the wall of the 4th grade proves our friendship; it is bright like a rainbow, solid like the Kremlin, cheerful like a butterfly’s flight, exciting and stable like the Caucasus mountains. 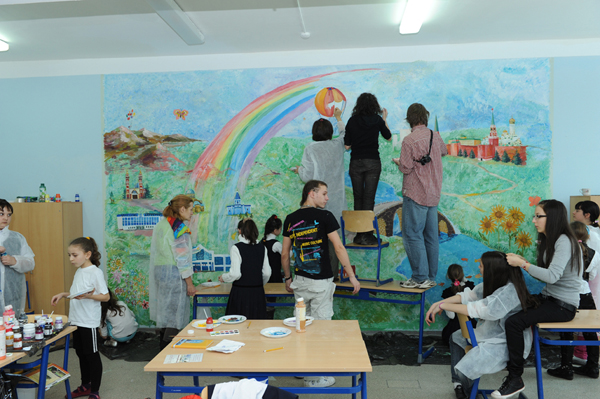 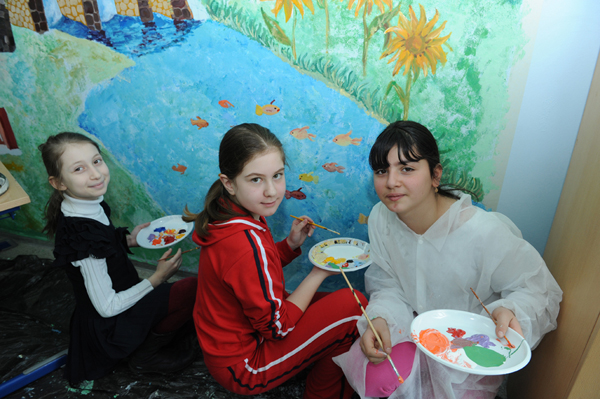 In the 2nd grade the classroom will be also decorated with the collective picture made by pupils. 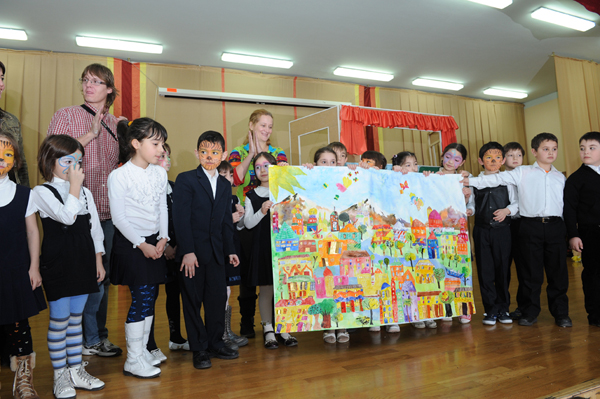 The very first day, as soon as we arrived to Vladikavkaz we visited the Khury Tyn Orphanage with a show prepared by members of our group, professional actors. 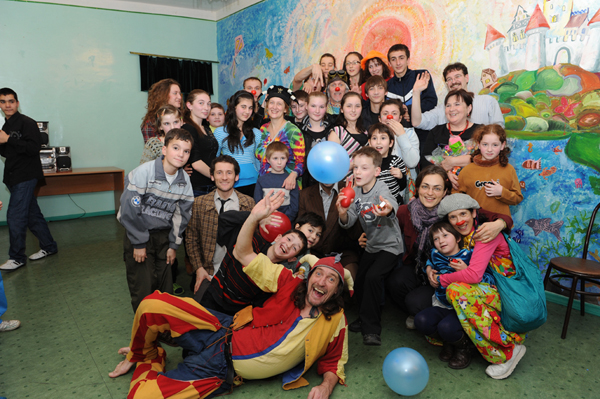 The show also completed our program in Beslan; before leaving for the airport both our group and school pupils performed on the stage of Cultural Centre. 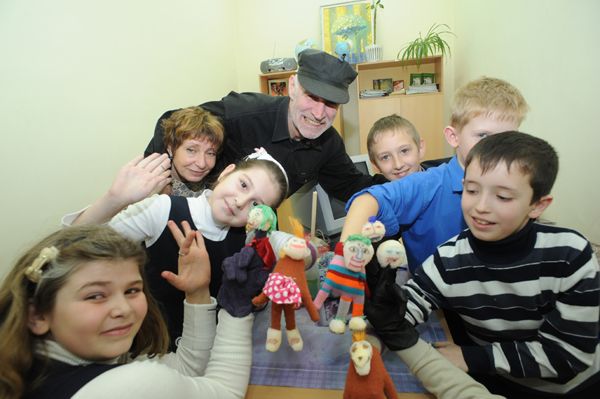 The audience was packed in spite of the lack of advertisement. Our clowns were entertaining children before the show, and after the performance we were saying good-bye and it was with mixed feelings: sad to part and joyful to see again our Beslan friends, to watch children grow and learn new things and to know that we are a part of each other’s life. 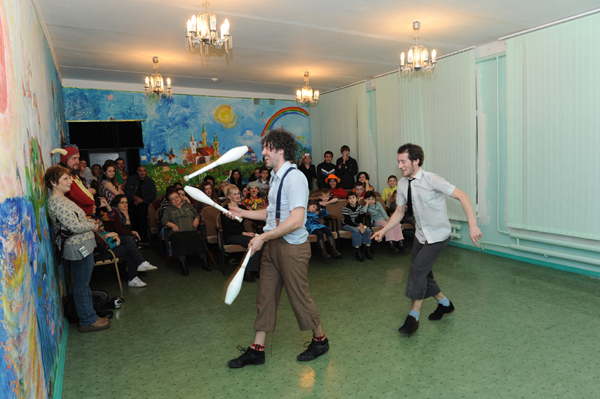 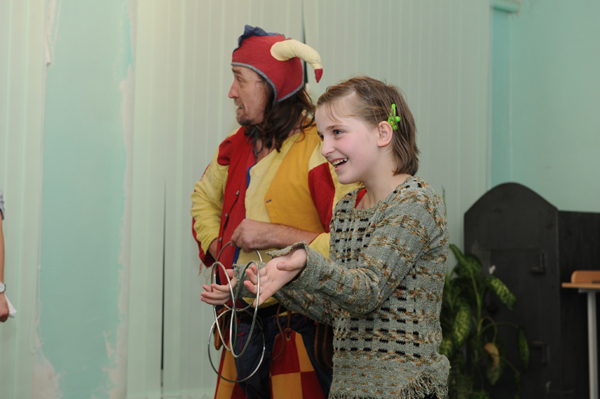 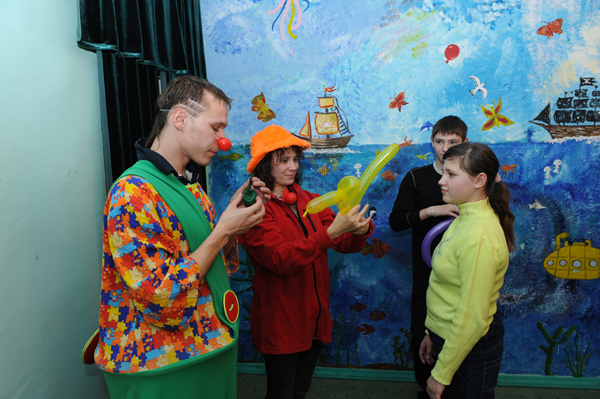 Our grateful thanks to Nadezhda and Ira Gurieva, who hosted a part of our group, for their hospitality and all-round care; to Vissarion Asseyev for organizational support; to all pupils and teachers of the School: Principle Ludmila Petrovna Dzutseva, Elena Kassumova, Olga Vlaskina, Albina Kaziyeva 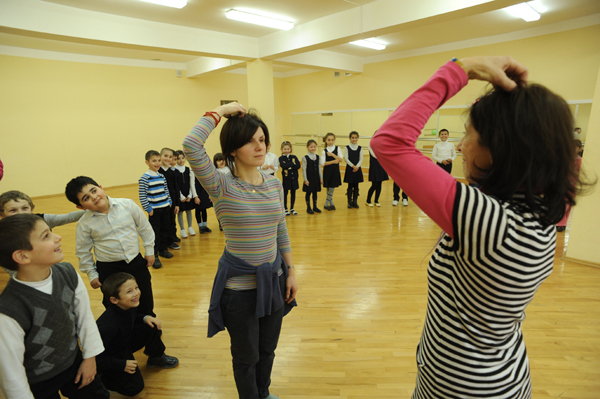 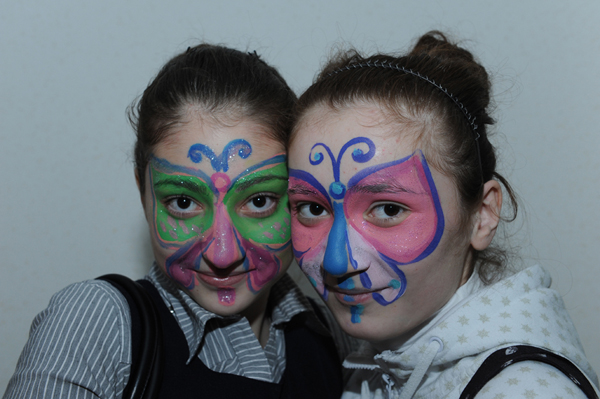 Thank you, everyone who provided financial support: S7 Airlines, Intourist-Ossetya, Ilya Segalovich and all private donors and participants of our New Year charitable fairs. We are thankful to Ministry of Education RSO Alania and administration of Pravoberezhny District for their support and cooperation. 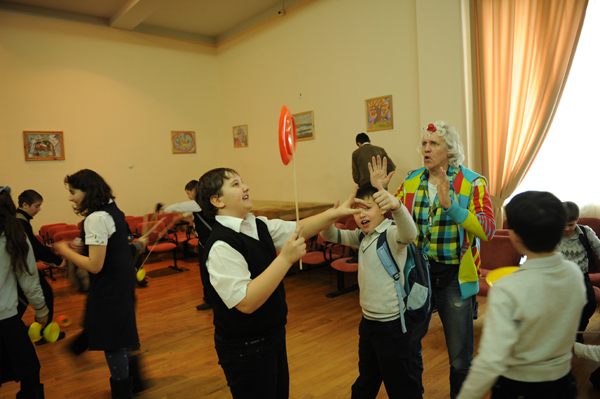 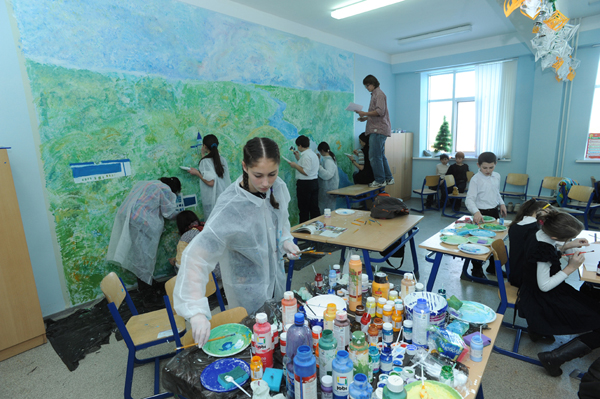 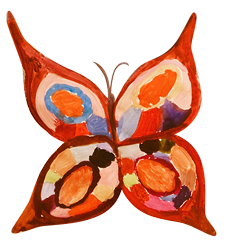