There are more things in heaven and earth, Horatio It was year 2014th, and the 450th anniversary of William Shakespeare was approaching. And faraway in Moscow, on Melnikova street, in resonant corridors of orphanage №4 students from the 7th and the 9th forms, as well as young people from post-institution class, rehearsed Shakespeare’s pieces. They were preparing for the drama festival in the poet’s homeland, Stratford-upon-Avon. Under directorship of Alexander Shishov they staged fragments from “Taming of the Shrew” and “Winter’s Tale”. The trip took place on 25 April-5 May, it was arranged and funded by the Charitable Fund PELICAN.

Having received long-awaited UK visas several hours before the flight (everyone was even worrying that the trip could collapse and the children would not be able to participate in the festival!), our big company consisting of 17 students, 4 tutors, several graduates and volunteers set out to London. We are so grateful to David and Jessica Fields for this wonder and this breathtaking feeling which you have when you are almost in despair and suddenly everything turns out in such a fairytale manner.

We also thank the Russian State Library of Art whose staff members sacrificed their time and energy to make (for free!) a full photocopy of all the children’s passports for the British Embassy, so that the group could apply for the UK visas on-time. It was for a reason that the children felt so concerned and rehearsed so diligently – their performances in Stratford-upon-Avon were brilliant! Hope that the local printed media will write about it again as they did last year (with a big surprise we discovered pictures from the previous festival in a local news paper!). We are grateful to Pavel Novichkov for serving a medium between the Russian-speaking artists and the English audience. The cultural programme in Stratford was very rich. We visited the house of Shakespeare himself, and then dropped in tohis wife, mother, granddaughter and son-in law. The Shakespeare’s cult in Stratford is very heartwarming and not at all pretentious, and so we joined in by singing “Happy birthday, dear William, happy birthday to you!” together with the locals. Then the honoree was offered a huge birthday cake with huge candles (we don’t know for sure who ate it, but it was not us!). And all the historic sites are spirited with this homely attitude and love, enriched with historic artefacts and interactive facilities that broadened our knowledge about life and culture of people of that époque. Except for one girl all the children came to England and Shakespeare’s homeland for the first time. For all of us it was an exciting experience – to feel the connection of ages, continuity of the cultural life and traditions. For example, we had a chance to sit at desks serving pupils for five centuries now! The school releases them to the world, shelters them from plague, sees them off to battle-fields and remembers by name all the boys who died at the fronts of the XXth century world wars. Besides the Shakespearean sites, the children saw Warwick Castle, visited MAD (mechanical art and design) museum and Butterfly Farm, went on a boat journey along river Avon. Our local friends Yanush with his birds of prey and river captain Fiona were very glad to meet new and old friends, and children relieved their feelings in communication with nature. So the week passed… The remaining three days before departure we spent in London. Our nearest and dearest now Olga Makharinskaya and Karina Baldry put so much time and soul in these three days that again a miracle happened and we managed to do so many things! Thank you, our dear Olga and Karina! These three short days were enough to get to like London with all its beauty and great history, to feel its spirit... Thanks to Elena Zaytseva we got acquainted with actual art at Tate Modern, in particular she taught us to keep one’s own gallery of favorite pieces of art in heart and mind. At The National Portrait Gallery we got to know better Henry VIII, Thomas Moor, queen Elisabeth I, about which children could hear captivating stories told by Nana Zhvitashvili. Children asked many questions and shared their ideas and feelings a lot, because Nana managed to touch issues, vital not only in these old times but nowadays as well. Olga Makharinskaya and Karina Baldry accompanied us in the Natural History Museum, Brittish Museum and shared their knowledge, giving heed not only to intellectual food but to living needs of growing organisms. In the last evening the children attended the concert at the Royal Festival Hall where Olga invited us: there was a symphonic orchestra on the stage and a beautiful film about Arctic and Antarctic on the screen. And so with this feeling of fragility and vastness of the world, its openness and plurality we all set off to Moscow. 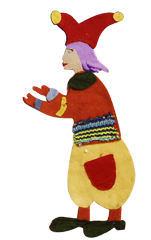