And here we are again in the retreat at Klyazma. Together with the children from orphanage #4 we had the idea to put on a play, The Three Musketeers!

First we watched the film although the kids didn’t quite follow the plot they loved the atmosphere of the period and scenes of numerous duels kept even first grade Masha and second grade Lenochka awake although it was way pasted their bedtime. 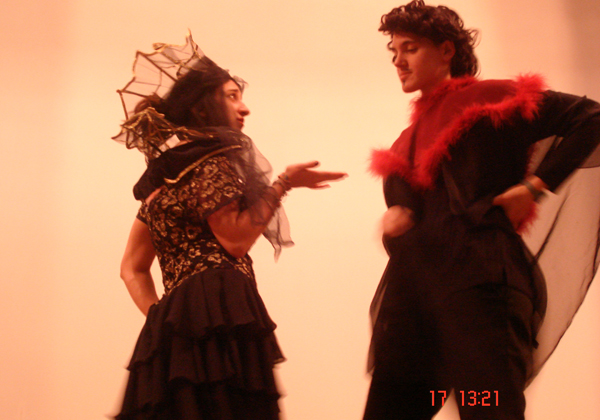 The next day we made costumes – gluing musketeer crosses on blue cloaks and topping the hats with feather dusters. We also cut lacy collars and cuffs out of paper. Then Maratik, seeing the musketeer's cloak, put it on right away and announced that he will be the main musketeer. So the role of D'artanyan was his. 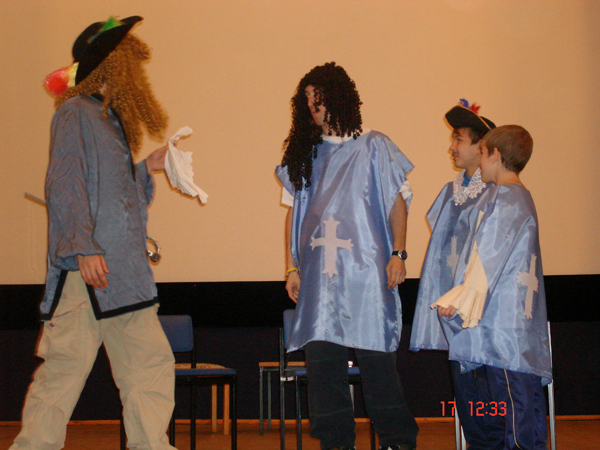 After lunch we started the rehearsal of the play. We had two teams of actors separated by age. The story carried away both teams but, as we found out, in remarks of heroes there were many new and unknown words that our actors (especially the younger ones) spontaneously changed into more familiar words. 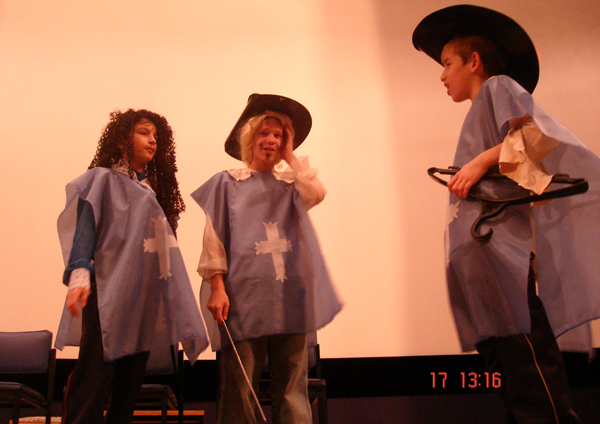 The audience enjoyed it as much as the actors when we performed Sunday morning on a big real stage. After lunch we had professional jugglers come teach us, they work in fire show. Of course, it is too soon for us to juggle with torches but soon many of the kids could juggle with three balls. It is a very helpful skill when we are clowning in hospitals. 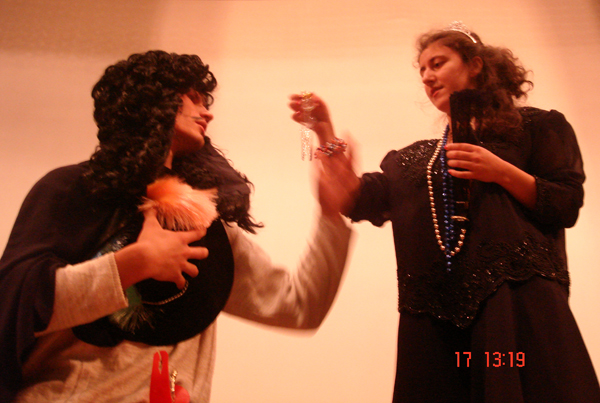 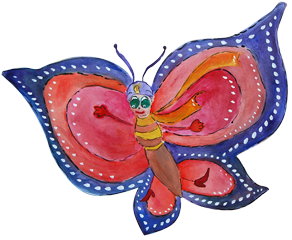