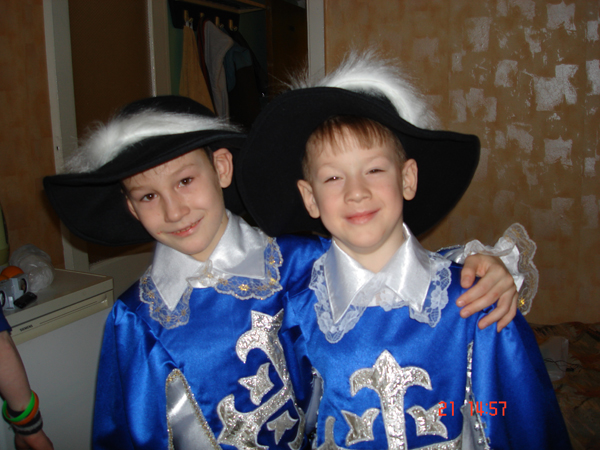 We meet with the valiant musketeers once again. Besides the scenes put together last time, Sasha and Natasha added songs from Russian musical movie Three Musketeers. The kids were divided into groups in which young and old were combined. 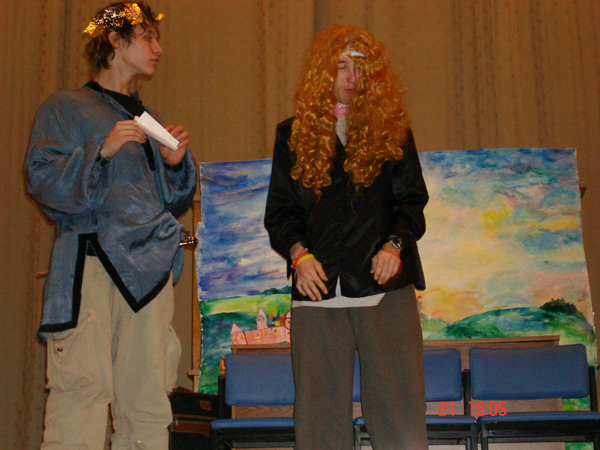 Their challenge was to act out the songs with pantomime. We had real theatrical costumes which made the play brighter and more alive. 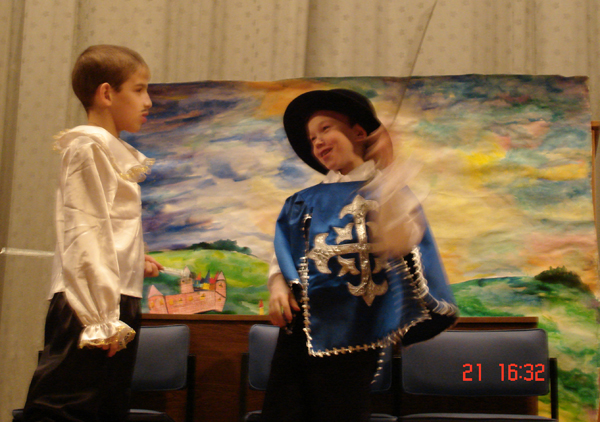 Of course, it didn’t go by without new names made up by kids during the rehearsal and play; Atos, Aramis and Portos became Arboth, Marbaris and Pampers. Later Arboz became Armen and Milady became Miss Lady. 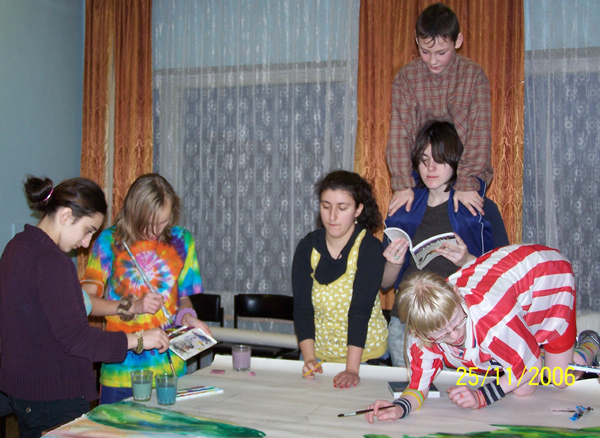 Saturday evening we started a collaborative mural with subject of musketeers 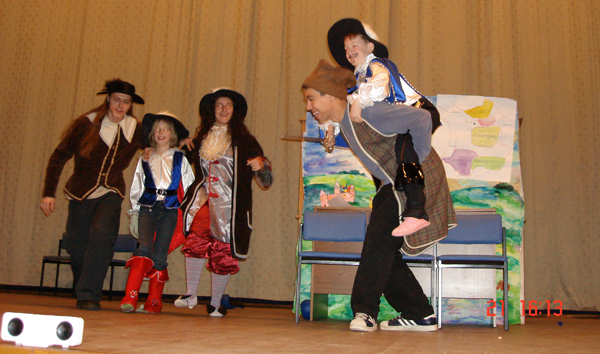 Coincidentally it was also one of the teachers birthday, Nina Vasilievna Lisicina, she spent the day with us in a training. In evening kids had an extra concert for Nina, we also had cake with a candle, just one, but it was very big! 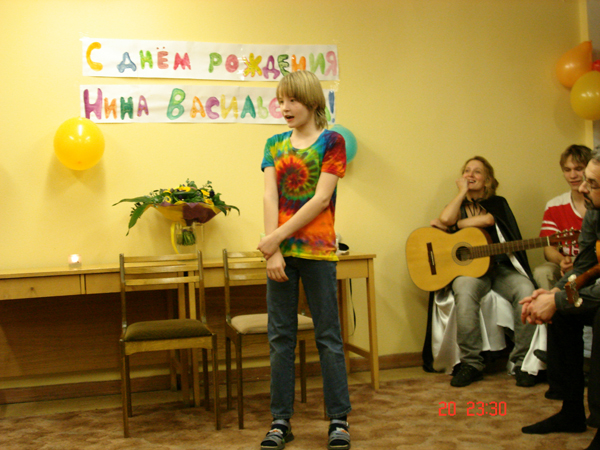 Nina Vasilievna has worked with Maria’s Children for quite a while. She was a teacher in Orphange #103 where our oldest kids were, some of the first that Maria started working with. Now she is a teacher in the orphanage #4. We wish for Nina Vasilievna to have good health, happiness in her family, and patience in her hard work and we hope to include her among our friends for many more years.
We love you Nina Vasilievna!

Expenses for the Seminar are provided by UNICEF.