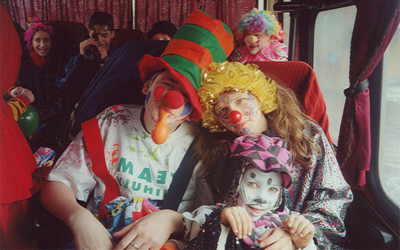 The Clown trip to Pereslavl in February of 2002 was a very significant development for us, as it was the first time we had not only the older kids and adults as clowns, but the smaller children from the boarding schools with which we work. On the trip, we appreciated the nature we never get to see in Moscow, we learned about the ancient city of Pereslavl, and clowned in a local orphanage. The children drew beautiful things from the local, natural beauty that surrounded us. 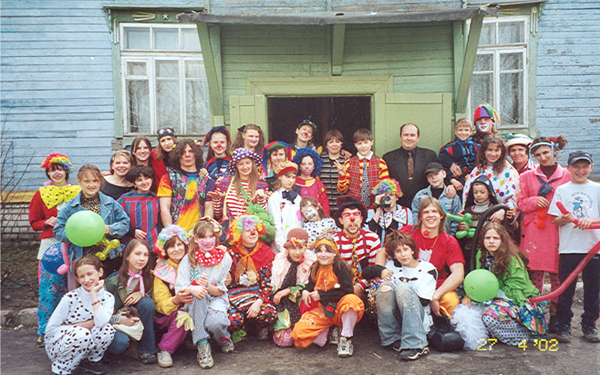 In the April 2002, we took a trip to Vladimir and Suzdal because we were so inspired by our experience in Pereslavl. The distance from Moscow was not too far, weather was perfect. We decided to stop at the hotel in Rizopolozhenskoy Monastery. 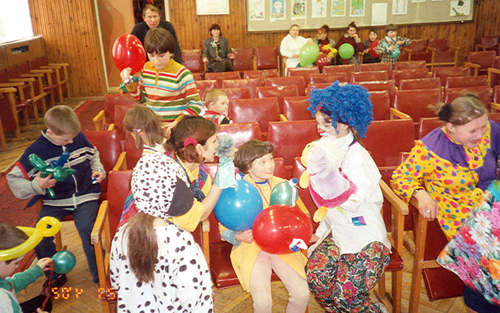 From the very beginning trip, the trip seemed promisingly interesting. The weather permitted the kids to draw outside, and we stopped to clown on the way to Suzdal in an orphanage in Lakinsk.When we arrived in Suzdal, we went to a Pre-school orphanage, and on the way home we stopped by the boarding school of the city Pokrov. 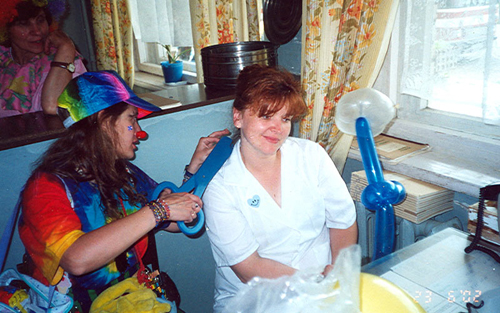 In May of 2002, we decided to expand geographically and endeavored travel by train to Great Novgorod where we had contacts through the public organization “New Horizons”. 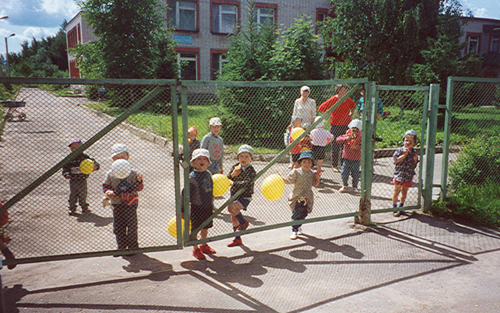 This group is engaged specifically in the social rehabilitation of graduates of orphanages. Together with them we drew, clowned in hospitals and children's houses, and even had a class teaching the children different clowning skills. We all had a great time and after we left they still practice what we taught.

During the summer of 2002 we decided to have one more small clown trip to Yaroslavl.There we again made art, appreciate the town’s architecture, and clowned around in a hospital and in an orphanage in Pereslavl Zalesskiy. 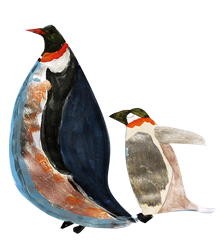